Did you know that Teslas come with a secret operating system (OS) that has tons of hidden features? No? Well, that's because Tesla doesn't exactly make a big deal about it. In this article, we'll list the top 5 hidden Tesla OS features and show you how to activate them. So read on and get ready to unleash the power of your Tesla or learn about the hidden easter eggs included in the supercars. Image: Courtesy of Tesla, Inc.

While everyone expects their new vehicle to have the latest features, Tesla takes things to a whole new level. Elon Musk and Tesla Inc. are known for pushing the limits of what customers should expect, and the Tesla Operating System (OS) is no exception. Let's take a closer look and uncover five of the craziest hidden features. 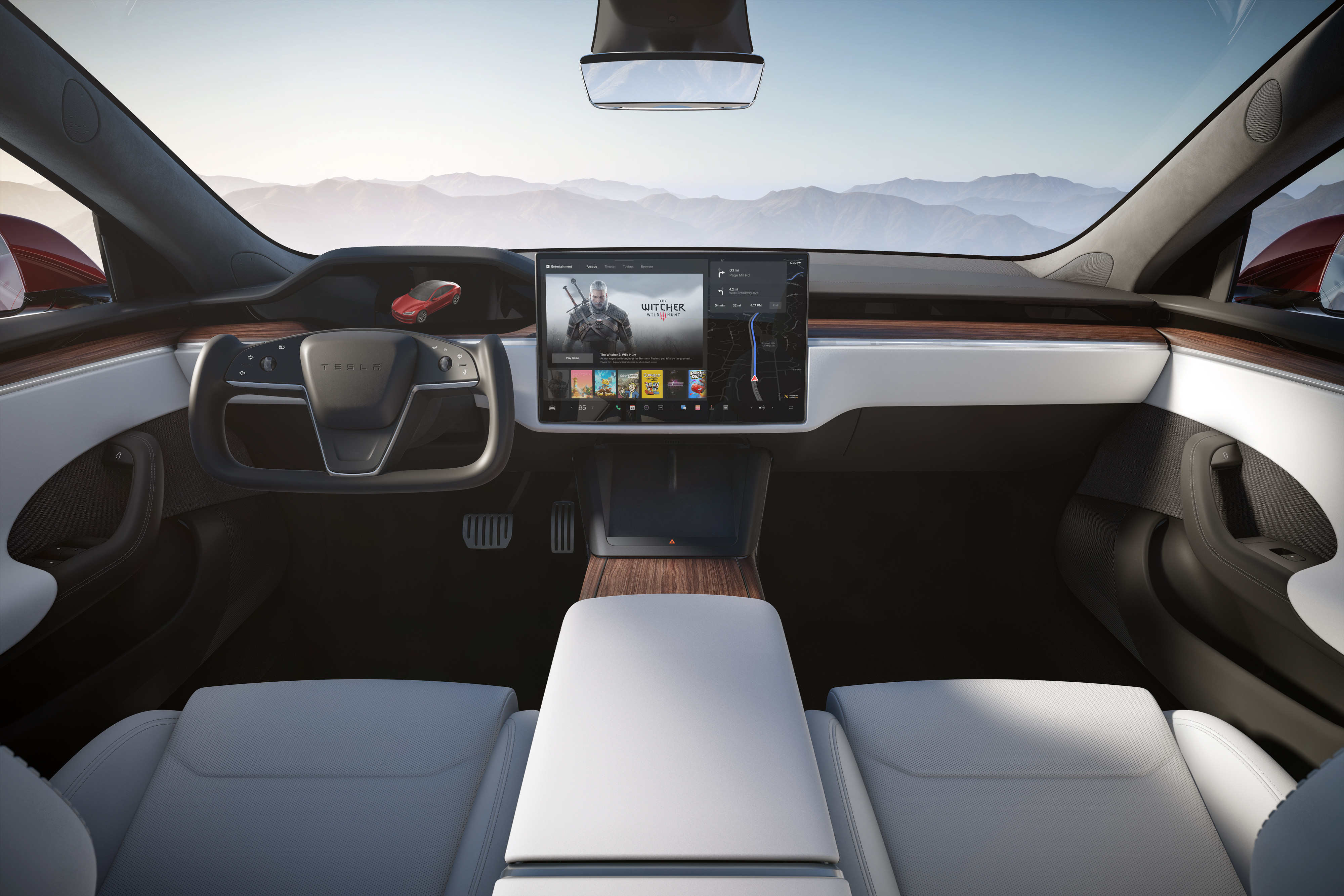 1. Self-Driving on the Rainbow Road

One of the more interesting hidden features Tesla includes is called Rainbow Road. Vehicles equipped with Autosteer activated can turn the generated road on the screen display into a rainbow similar to the road in the final level of Mario Kart. The rainbow colors move from the top of the screen to the bottom, giving the impression of a moving road under the vehicle icon.
This bonus feature doesn't stop there!
Your Tesla OS will also activate the car audio, playing the song Don't Fear the Reaper by Blue Oyster Cult. This version is from the 2000 Saturday Night Live skit More Cowbell. You can even hear actor Christopher Walken's lines stating he has a fever, and the only prescription is more cowbell.
Activate: The driver must reach a minimum speed of 20 mph before clicking the shifter down twice to put the vehicle into Autosteer. Then click down quickly five more times to activate Rainbow Road.
Deactivate: The vehicle will leave Rainbow Road mode once you depress the brake with your foot.

Many features are available through the touchscreen, including the Easter Eggs Tesla installs. One of the more quirky additions to the Tesla OS is the ability to change the normal GPS map to a map of the Martian surface. The neat thing about these hidden features is they still function in Easter Egg mode, so your vehicle looks like the Mars Rover, but it will move around the map and turn just like it would on the regular GPS map on the touchscreen.
Activate: Hold down the Tesla T on the top of the screen for five seconds, making your screen go black and popping up a Please Enter Access Code box. Enter “MARS” as the access code to transport your vehicle to the Martian surface.
Deactivate: When you are ready to head home, tap the screen and hit Earth, and the screen will change back to its normal mode. Welcome home, Earthling.

3. The Spy Who Loved His Submersible

One of the more iconic cars from the James Bond series is the Lotus Espirit, known as Wet Nellie, which Mr. Bond drives off a pier into the water in 1977's ‘The Spy Who Loved Me’. Years later, Elon Musk's interest in the car that converts into a submarine influenced his purchase of the movie prop in 2013 and one of the features hidden in some Tesla OS.
If your Tesla Model S or Model X includes the air suspension package, you can activate the suspension tab to change your car's image into the driving submersible. You can then adjust the water depth on the suspension tab, which raises or lowers your vehicle.
Activate: Like other hidden features, you must hold down the T at the top of the touchscreen for five seconds. When the Please Enter Access Code box appears, enter “007” and then press OK. The car image should change in the controls/suspension tab to a submarine version of the Lotus Espirit.
Deactivate: To change back, hold down the T at the top of the touchscreen for five seconds and then enter “007” again in the prompting box and hit OK.

Another of the hidden features of the Model S and Model X Tesla designs were created for those with the Ludicrous mode option. This nod to the movie parody Spaceballs was a visual gag in older models but changes performance levels in some newer vehicles.
By switching from Sport to Ludicrous in the controls menu, you will access features that heat the battery for optimal short-term performance boosts. The Tesla OS will then change the screen to black and display a moving star field. After asking if you want to push the limits, which can be done by selecting the phrase, "Yes, bring it on!" (If you're not sure, better to select "No, I want my Mommy," instead). The selection prompts even pay homage to the Matrix by displaying blue and red pill icons with the text.
Activate: Enter the control menu and switch computer-controlled acceleration from Sport to Ludicrous. Once you are in Ludicrous mode, hold the Ludicrous button for five seconds to enter Ludicrous+ or Plaid.
Deactivate: Disengage these speed features by switching to another acceleration setting.

5. And Now for Something Completely Different...

For Tesla owners who are also fans of Monty Python, there are some special hidden features that can be activated for a bit of fun.  Once you've enabled it, the Foot of Cupid will drop down the screen followed by a loud flatulence noise - just like in the Python sketch comedy show.
To Activate: Tap on the T at the top of the touchscreen and then tap on your car's name. This will bring up a prompt asking you to name your vehicle. If you enter one of the following names - “Biggus Dickus”, “Mr. Creosote”, “Patsy”, “Rabbit of Caerbannog”, or “Unladen Swallow” - and then press Save, the Monty Python features will be activated.
Bonus: a Monty Python button will also be added to the Theater Menu, which - when clicked - will take you to a Youtube search for Monty Python clips. So, if you're looking for a bit of lighthearted fun, be sure to check out this Tesla Model 3, S, X, or Y's hidden feature.
Deactivate: Repeat the steps to once again change your Tesla’s “name”.

These Aren’t the Only Tesla OS Hidden Features 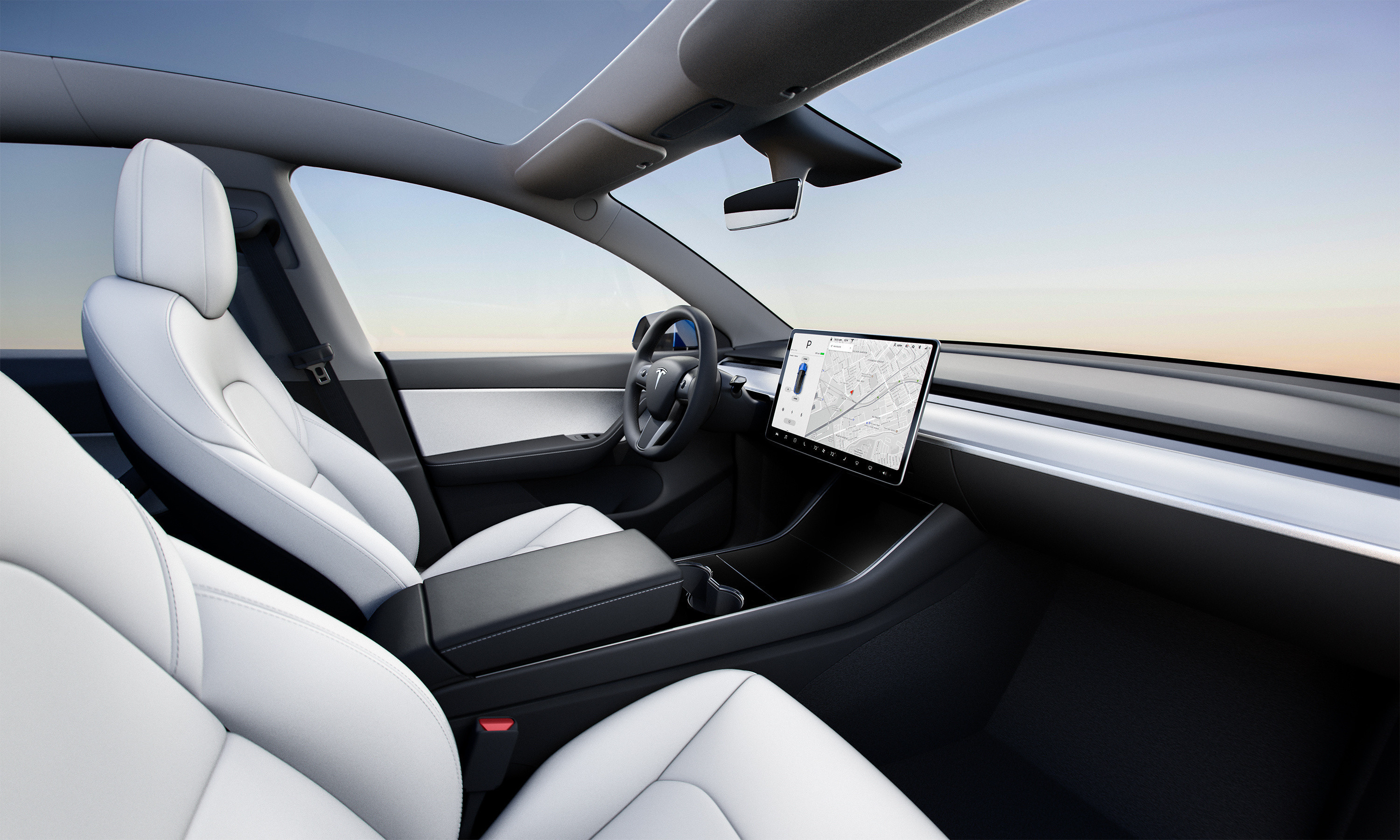 While we think these are some of the best features hidden by the manufacturer, they aren’t the only ones. Certain Easter Eggs have been retired or modified, and others are in the works. It’s just one example of how Elon Musk and the company as a whole are changing the automotive game.

If you are like most people, you probably think of Teslas as luxurious, high-end cars. And while that's certainly true, they also have a lot of cool features not seen in other vehicles that make them stand out from the pack. Here are fourteen of our favorites!

Which electric car is best for you? It depends on what you're looking for. To help you decide, we've put together a list of the 12 best electric vehicle models available in 2022. Whether you want an eco-friendly commuter car or a luxurious SUV, there's sure to be an EV that fits your needs. Read on to find out more about the top 12 electric cars on the market today!