Hyundai Ioniq 5: Charge While You Drive

Hyundai Ioniq 5 is the new electric car on the market and it is amazing. With a sleek design, great features, and dream handling - if you're looking for an electric car that will blow your mind, the Hyundai Ioniq 5 could be the one. Plus, you can't beat the price! Read on to discover the coolest features of Hyundai's electric SUV.

The Hyundai Ioniq 5 is a pretty sweet ride. It was named 2023 car of the year by MotorTrend, and for good reason. It's electric, so you don't have to worry about gas, and it has some seriously cool, futuristic features. Here are just a few of the things that make the Ioniq 5 stand out from the crowd.

SUV of the year

Electric cars are a hot topic these days. They're environmentally friendly, quiet, and efficient. But let's be honest, they can also seem a bit on the boring side. That's where the Hyundai Ioniq 5 comes in. This all-new EV from Hyundai is anything but boring. It's packed with unique features that set it apart from the competition, like the solar panel roof option that allows drivers to charge as they drive. Curious? Let's plugin! 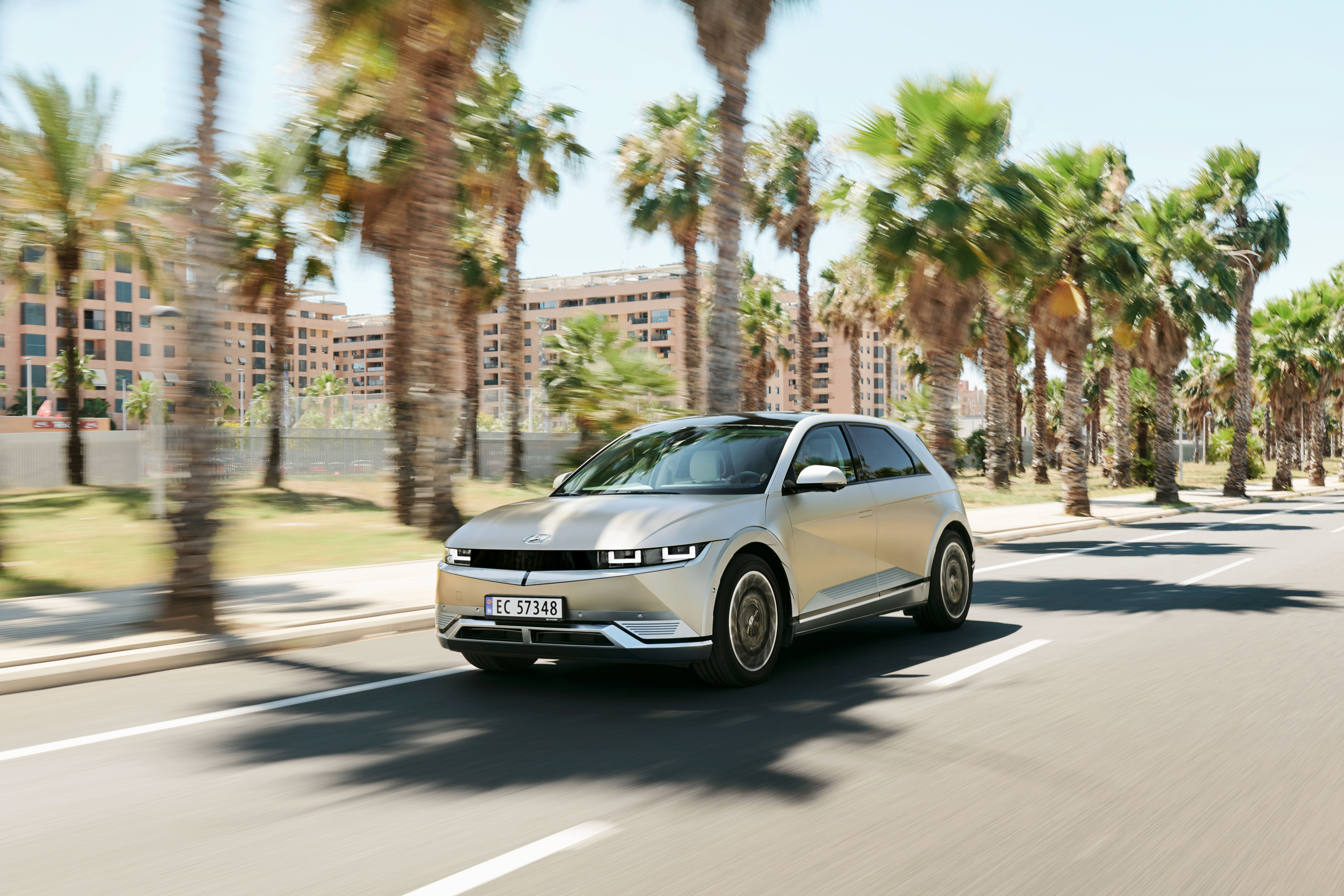 For starters, this ride features a futuristic design both inside and out. The designers of the Ioniq 5 say the exterior was inspired by ultra-modern minimalism.

The interior is spacious and airy, with plenty of room to store all of your gear. The exterior features sleek lines and sharp angles that give it a distinctly modern look; while the interior cabin design is just as sleek. With twin 12.3-inch displays, a brandless two-spoke steering wheel, and a mix of physical buttons, knobs, and switches, the EVs cockpit boasts a clean, straightforward, and intuitive design. The Ioniq 5 also comes with a host of convenient features like wireless charging and an infotainment system that's compatible with your smartphone. The interior is built with a completely flat floor as the battery is positioned along the bottom of the vehicle. This simple adjustment allows for more ease to pass through the vehicle and makes space for more cargo storage than a typical SUV. 1,680 litres of cargo capacity, to be exact.

But, the Ioniq 5 isn't just about style. It's also extremely practical, fast and powerful.

With a range of up to 300 miles on a single charge, The Ioniq 5 is perfect for long road trips. Plus, it comes with a fast-charging option that can add up to 100 miles of range in as little as 15 minutes. The engine is also capable of achieving 0 to 60 in just 4 seconds, with a towing capacity of up to 3,500 pounds. Despite being considered an SUV, its packaging and performance are only achievable because of its small, energy-efficient motor. So whether you're looking for an eco-friendly commuter or a rugged adventure vehicle, the Hyundai Ioniq 5 is definitely worth a test drive. 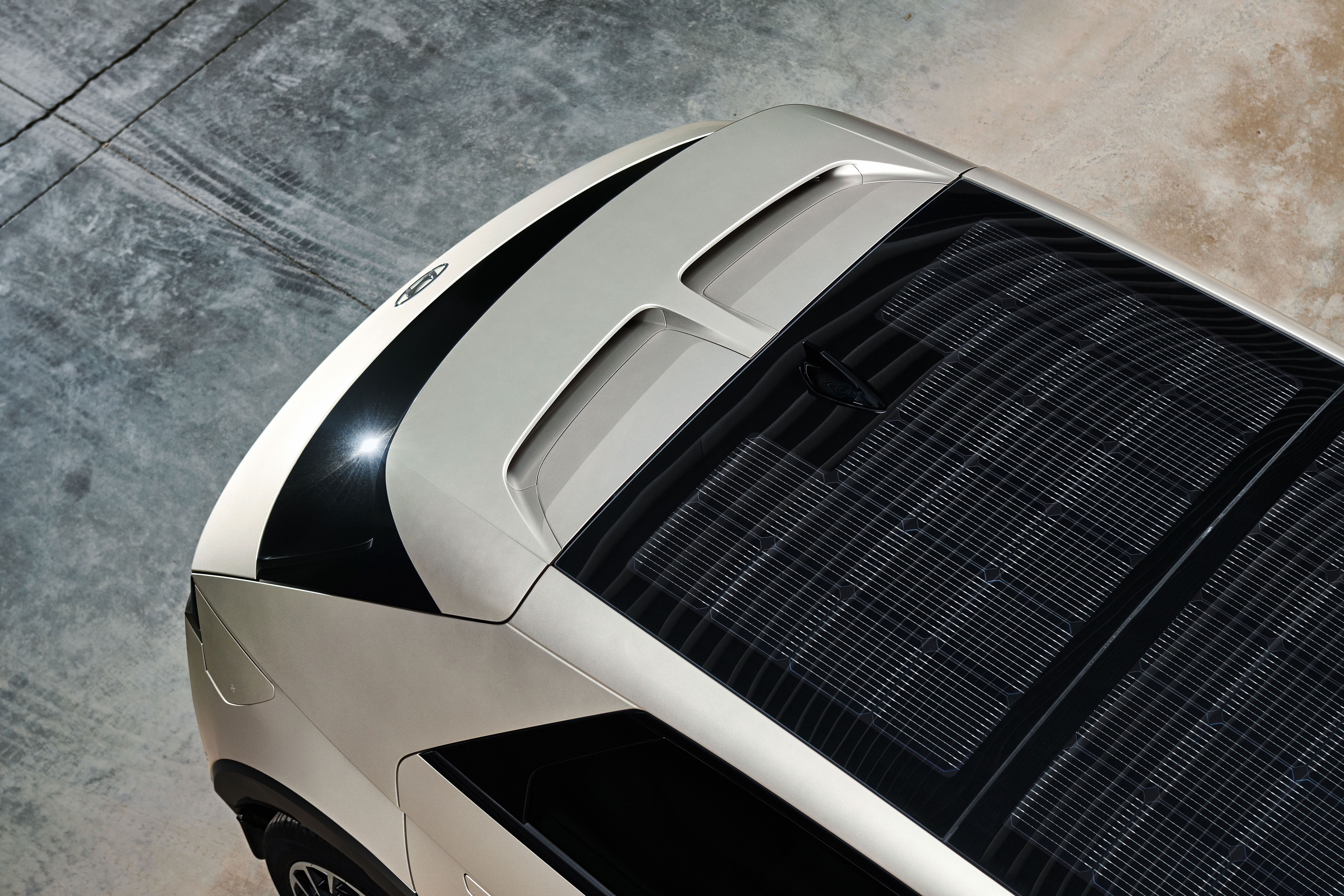 Our personal favourite is the solar panel roof option. That's right, you can get a solar roof on your car that will help charge the battery while you're driving. 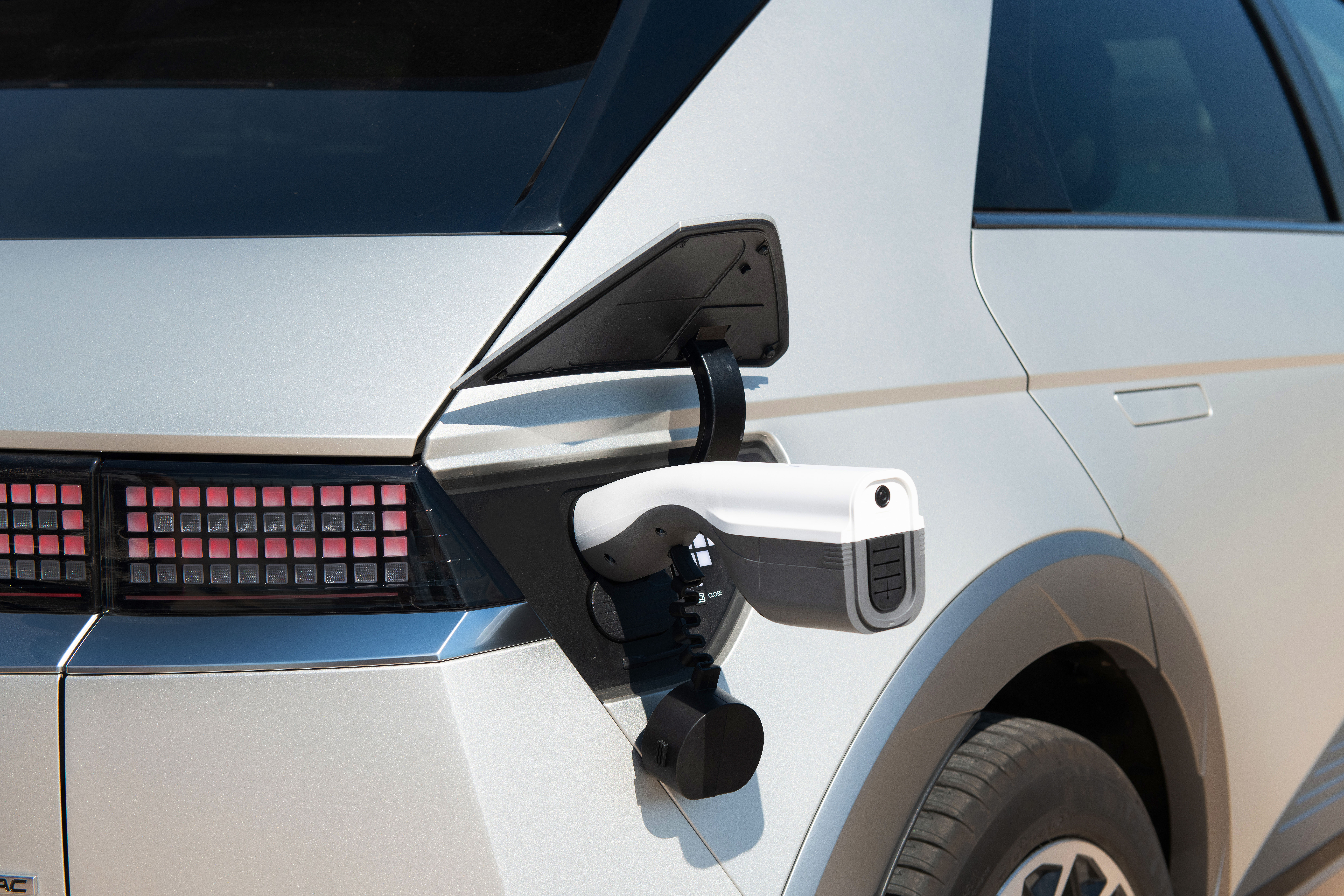 Perhaps one of the most unique features of the Ioniq 5 is the V2L (vehicle to load) capability which allows users to bi-directional charge any electric device such as an electric scooter, or bike, or even, for example, plug in a coffee machine while camping. 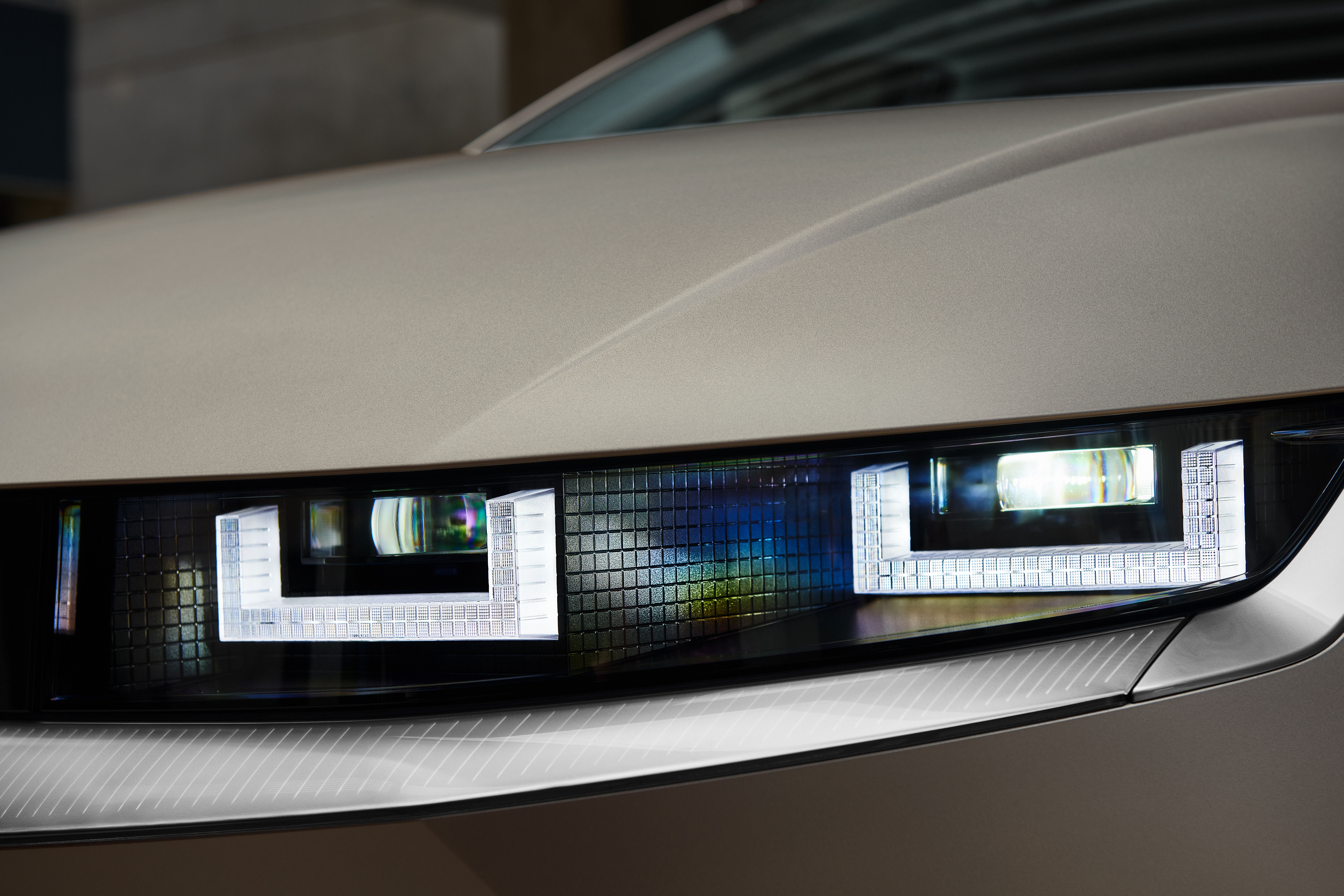 The Ioniq 5 features an automated lighting system that detects oncoming traffic and automatically toggles between the high and low-beam lights. 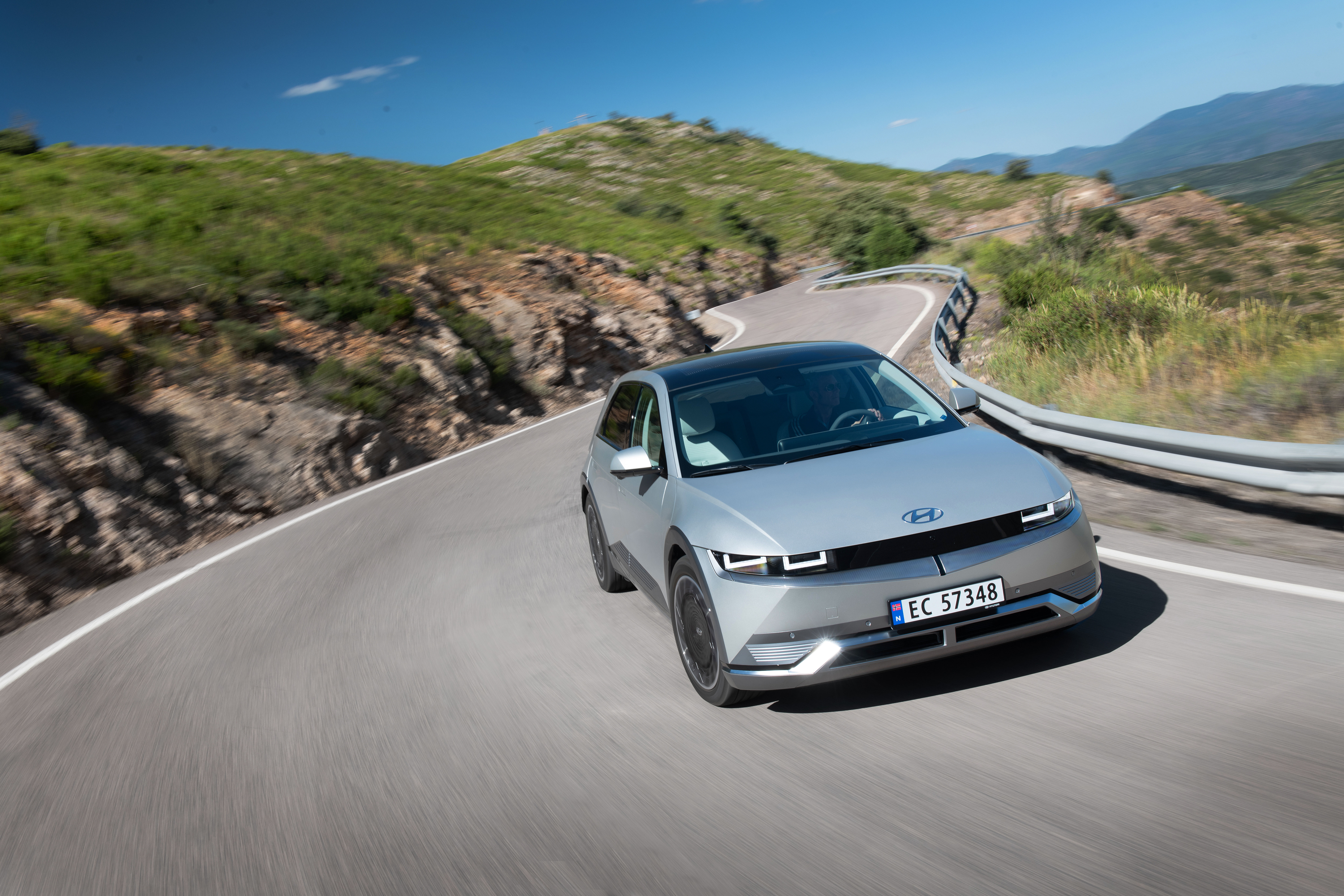 Highway assist is a feature included that will detect when a driver is fatigued and suggest they pull over to take a break. 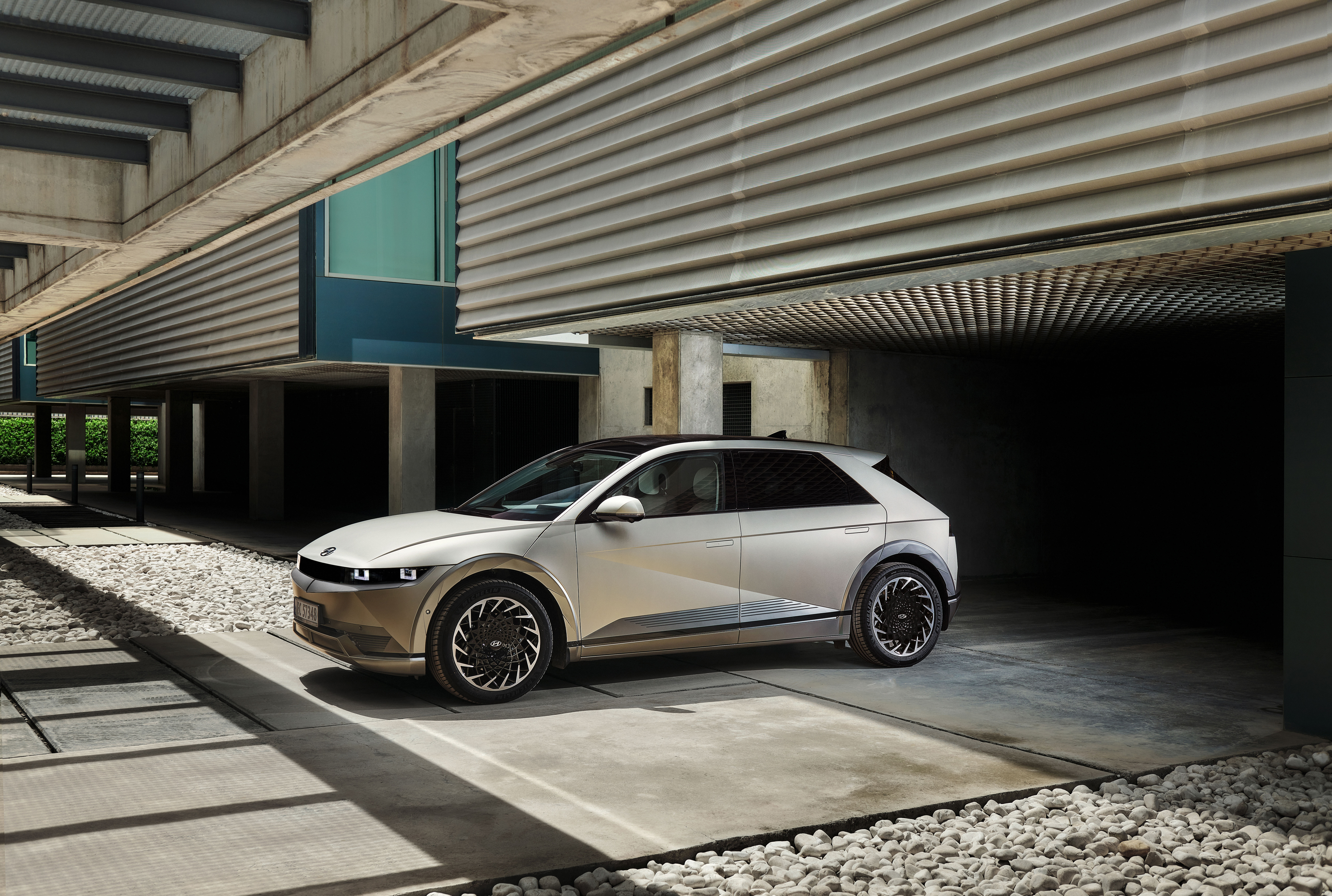 This EV starts at an affordable $40,000 USD which is on the less expensive side when it comes to average electric vehicle prices. 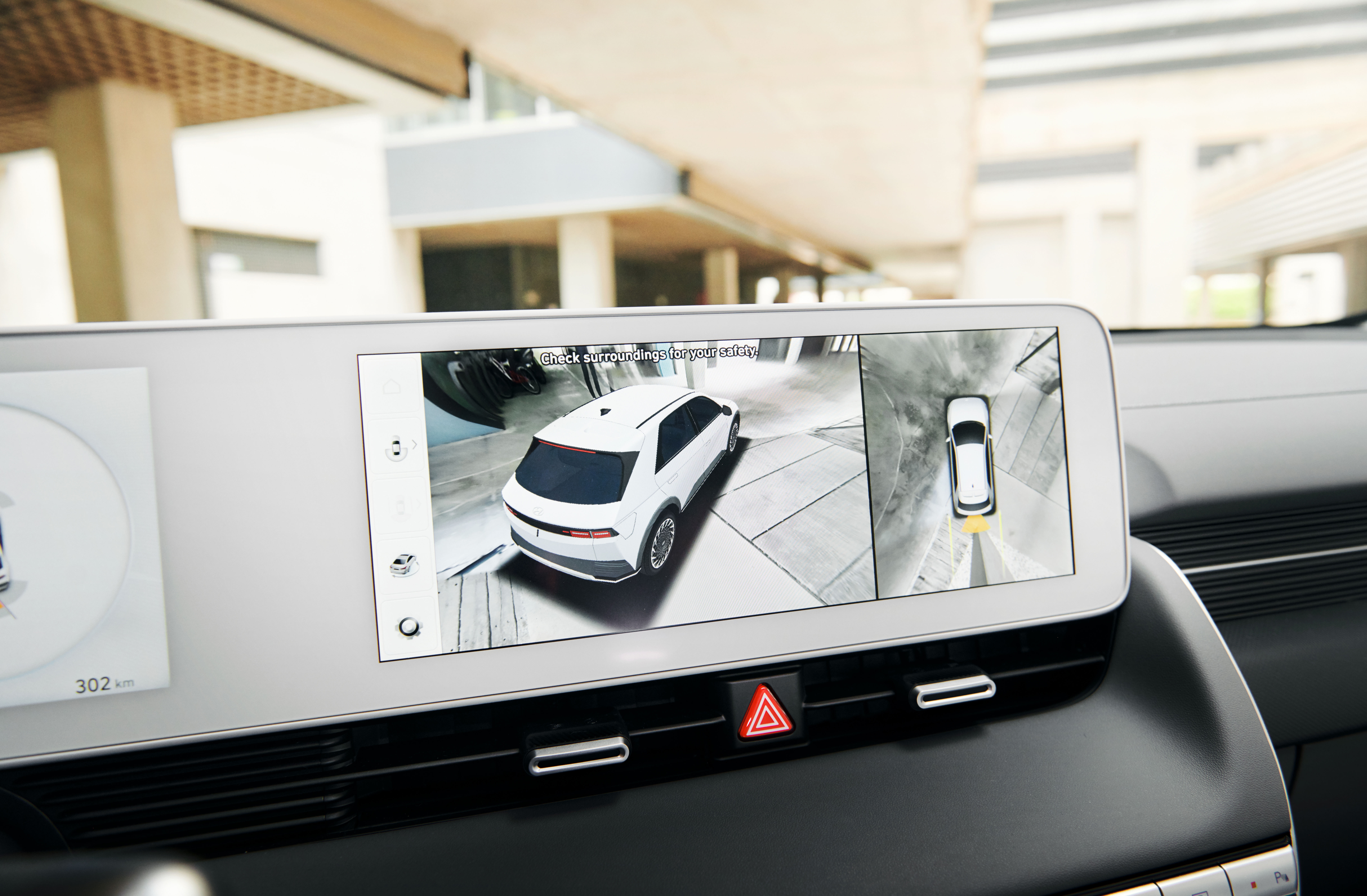 Let’s talk safety features of the Ioniq 5. It has blind spot detection, lane-keeping assist, and many other features that will support your safety on the road. And if that's not enough, it also comes with Hyundai's 10-year/100,000-mile warranty. So if anything goes wrong, you're covered. The SUV comes equipped with Hyundai SmartSense safety technology, which is an intricate network of cameras and sensors that monitor the car's surroundings at all times.

The Hyundai Ioniq 5 is clearly a great electric SUV option. It's fast, it's efficient, and it comes packed with some serious features. If you're looking for a new car, be sure to check out the Ioniq 5.

We went and test-drove this beautiful vehicle in Canmore, Alberta with Plug and Drive. Watch our youtube video below for a closer look into all that the Ioniq 5 has to offer.

Rolls-Royce is taking its luxury to a new level by entering the electric vehicle age with the recently announced 2023 Rolls-Royce Spectre, an electric luxury vehicle.

The 2022 Kona is a subcompact SUV that combines bold styling with practicality, Hyundai maintained the same compact size to offer great maneuverability but bring a little more boldness to the exterior.

The All-New 2022 Nissan Leaf - Redesigned for the 10th Anniversary

When people hear about electric vehicles, they associate this with Tesla which gained vast popularity due to the futuristic tech. But the 2022 Nissan Leaf is worth your attention. Nissan is about to celebrate the ten-year anniversary of the Leaf model and 500,000 units sold, the Nissan Leaf has undergone massive changes for 2022!