James Hunt was the F1 star of the 70s known for living as fast as he drove. Hunt started his career in formula 3 before moving into Formula 1 in 1973 and then to McLaren’s F1 team in 1976, where he won the formula 1 world championship. Beyond the women, champagne, and death defying racing, Hunt was known in headlines for his feud with Niki Lauda (Ferraris driver). Early in both of their careers, Hunt and Lauda were friends off the track. Lauda detailed their friendship in his book, “To Hell and back”, calling hunt an “open, honest, good pal”.

The McLaren Ferrari rivalry between Hunt and Lauda got more and more dramatic in a seriously controversial season in F1. This era of F1 was extremely dangerous, 2 drivers were killed between 1960-1979. Niki Lauda had a near death crash while racing James Hunt in 1976, where he was trapped in his burning Ferrari. In 1978, Hunt was offered a contract to race with Ferrari, but declined because of the political environment and potential complications with that. He instead moved to the Walter Wolf Racing team, which unfortunately could not compete with the Ferrari 312T4. Hunt had to watch the championship slip through his fingers with Jody Scheckter winning the world champion under the Ferrari flag. James retired the year after. In 1980, Marlboro offered hunt $500,000 (about 1.8 million in todays dollars) to comeback to formula one for a single race, but hunt broke his leg in a skiing accident during the negotiations. Hunt went on from Formula to become a business man and unfortunately passed away from a heart attack at age 45. In 2016, McLaren paid tribute to Hunt by painting a livery on the P1 GTR inspired by Hunt’s famous helmet. 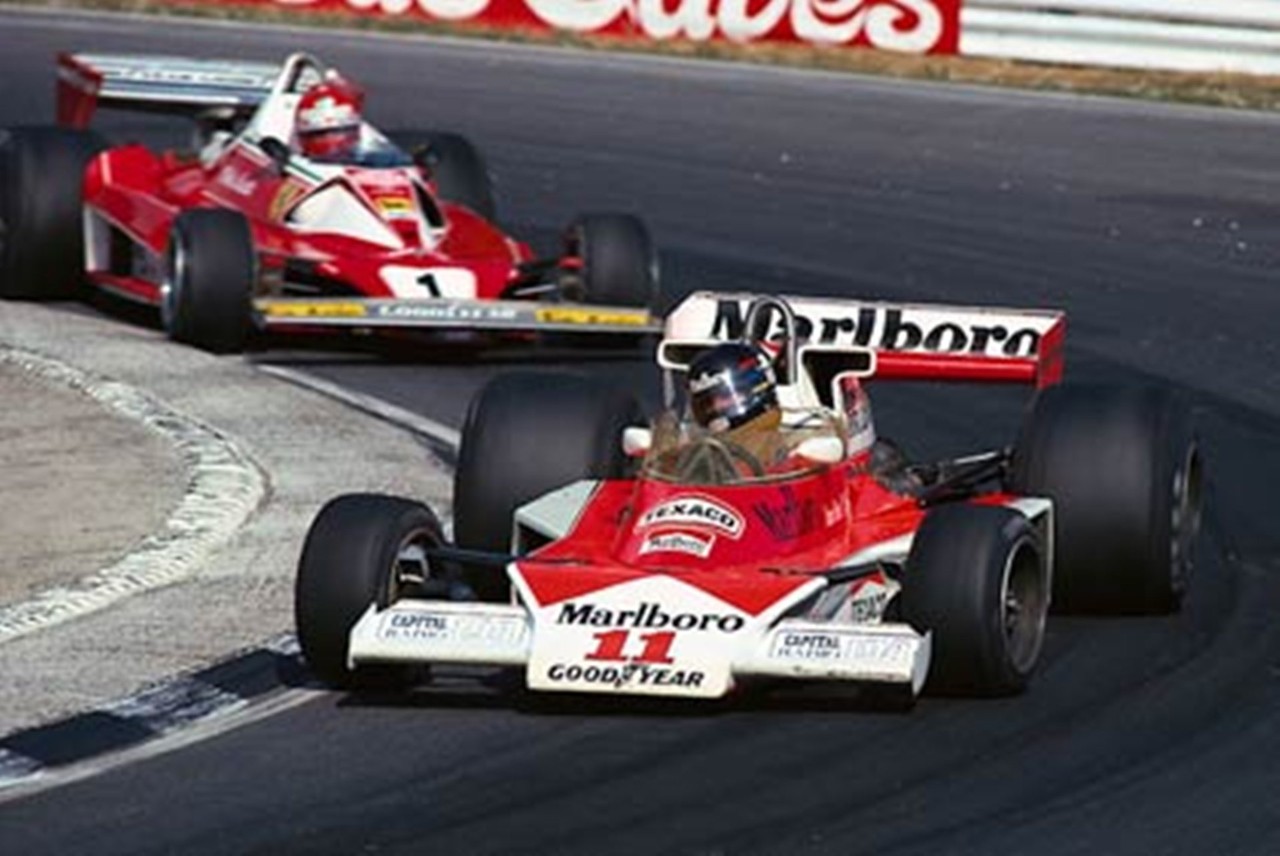