The Airstream is the Porsche 911 of campers, it will never go out of style, and we’ve just been introduced to the GT3RS.

Airstream just released the Basecamp in all its sporty and futuristic glory. Something the Jetsons would take on vacation. The new Basecamp comes with larger wheels and a slick, black-tinted, panoramic front window.

The interior has gone through a modern upgrade, officially making it the coolest way to go camping. The bed+kitchen combo is included in the 20-foot models, with a bunch of different ways to configure it. Airstreams have never been cheap, you can expect to pay around $50,000 for the Basecamp. 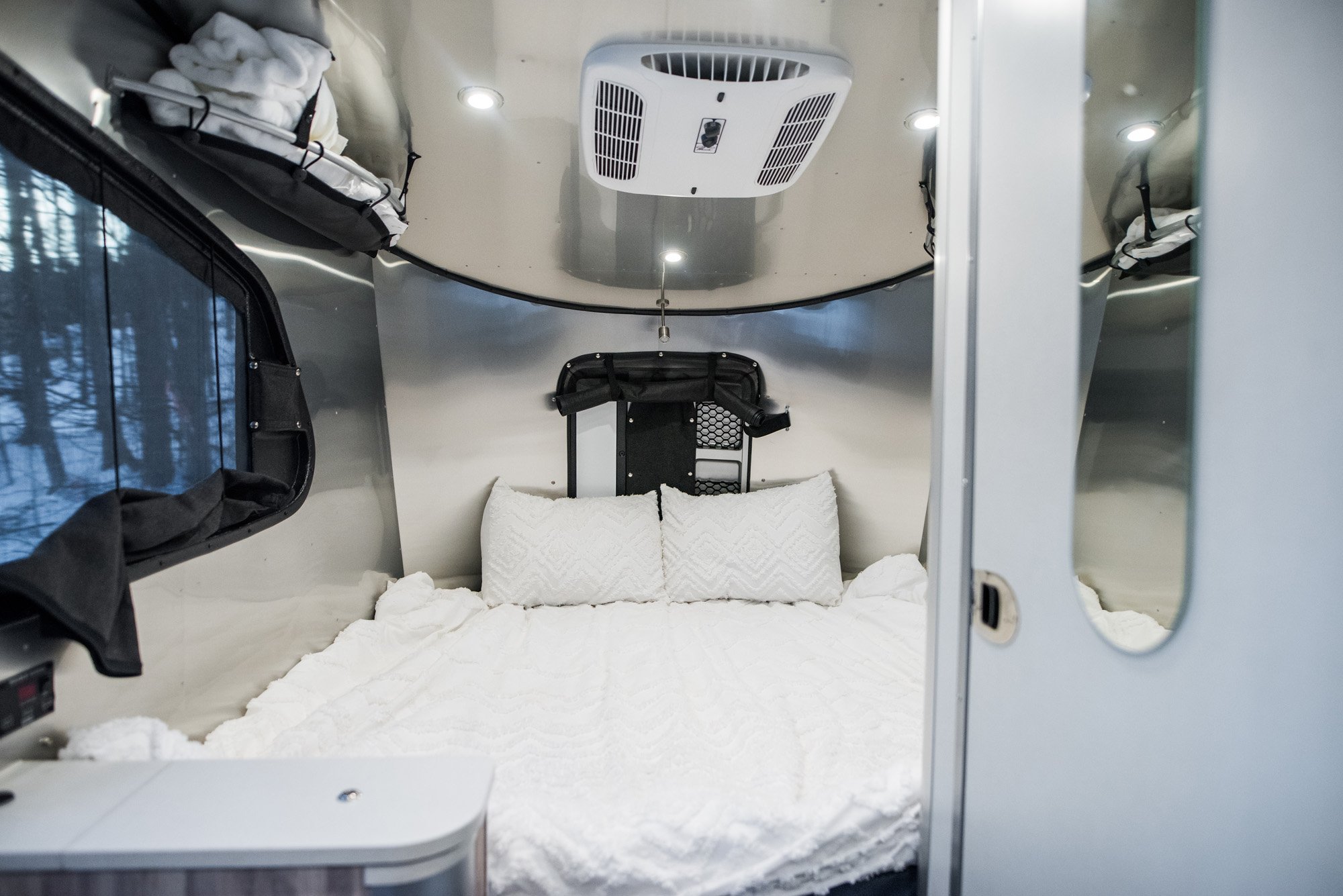 Basecamp Interior
About the author
Emily MacKinnon
, Executive Assistant
Originally from Nova Scotia, Emily has spent the last 9 years in sales and customer service. A jack of all trades. She hopes to be able to help educate and get people excited about their next car purchases through her expression in these blogs.